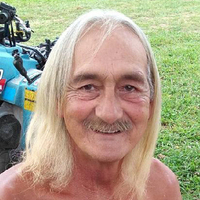 Phillip Edward Collins, 67, of Theodosia, MO passed away July 4, 2020 at his residence surrounded by family. He was born February 16, 1953 in Rogersville, TN to Luthur and Thelma Irene (Lawson) Collins.

Phillip grew up and spent most of his life in Tennessee. He worked many years as a truck driver. He moved to the Ozarks in 2012 and made his home in Theodosia. On April 28, 2018 he was united in marriage to Deborah (Brush). Phillip was an avid hunter and outdoorsman. He was the kind of guy who could fix anything he got his hands on. If it was broke, he would fix it. He was an independent, strong-willed man, yet very compassionate. He loved life and his family. He was loved and will be missed by all who knew him.

Graveside services will be held at 10:00 a.m. Saturday, July 11, 2020 in the Rhoads Cemetery with David Homer officiating. Arrangements are being conducted by Clinkingbeard Funeral Home, Gainesville, MO.