Barbara May Jackson (known as Barb to her friends) passed away at 5:24 p.m., Sunday, October 25, 2020, at Select Specialty Hospital in Springfield, Missouri.

She was born at home in Elizabeth, Arkansas, October 4, 1946, to Elmo Pershing Tyree and Mamil (Shelton) Tyree who preceded her in death.  When Barbara was three years of age the family, consisting also of her older brother Darrell, moved to a farm south of the South Fork, Missouri area on E Highway.  It was there Barbara grew up and lived on the farm throughout her childhood, attending one-room schools until attending and graduating from eighth grade at the newly constructed South Fork School.  Following high school graduation with the Class of 1964 at West Plains High School, Barbara attended Draughon Business University in Springfield, Missouri, receiving a Junior Accounting Degree in 1965.  She later earned an Associate of Science Degree in Paralegal Studies from SMSU (now MSU-West Plains) in 1999.  Barbara married Dale Raymond Callahan in 1965 and to this union one son, Douglas Raymond Callahan, was born on July 29, 1969.  She was later married to Virgil Joe Jackson.  To this union one son, John Tod Jackson, was born on March 4, 1979.  Barbara felt her greatest accomplishments were the lives of her two sons, both of whom survive her.  Barbara was very involved in Boy Scouts along with her sons, as they each earned the rank of Eagle Scout.  Camping was a favorite family activity and Barbara and the boys spent many days and miles enjoying tent camping.  She was known to send cards with a handwritten note for just about any occasion or no occasion at all, and she was always elated to receive a handwritten note from others.  A long-time employee of the legal field in both Greene and Howell Counties of Missouri, in various capacities, she was appointed the Court Reporter of the 37th Judicial Circuit in 1995, and served in that job until her retirement in 2006.  After a month of retirement she began a part-time job at Ozark Independent Living in 2006, working there until September of 2020, when she said it was time to try retirement again.  Traveling was a particular enjoyment of Barbara’s.  Experiencing the cultures of Thailand, Vietnam and Cambodia, plus the polar bears in Canada, were some of her favorite experiences.  Barbara lived in the same house that she loved for forty-five years, having moved there in April, 1975.  She had many good neighbors through those years and always tried to be a good neighbor to others.  She was very independent and reserved.  She believed God watched over her and would take her when it was time.  She was a faithful member of First Church of God of West Plains for many years, serving in various capacities in the church.  Barbara enjoyed the company of her pets, Punkin, also known as “The cat with an attitude” and Josie, her Puggle, and always said they helped her hold down the fort in West Plains.  Barbara and Josie enjoyed many hours at Georgia White Walking Park with their friends Brenda and Max.  Punkin and Josie will continue to be well cared for by family.

She is survived by her brother and sister-in-law, Darrell and Dorothy Tyree; one nephew, Lynn Tyree and wife, Cindy; one niece, Jaquita Perkins and husband, Ray; and numerous great-nieces and nephews.

Barbara wanted no visitation or funeral.  She requested to be cremated without ceremony, thus cremation was prearranged through Robertson-Drago Funeral Home in West Plains.  A portion of her ashes will be privately interred at the Mt. Zion Cemetery of South Fork.  Her sons will place the remainder of her ashes in accordance with her directions at sites of her choosing.  Because all of Barbara’s pets through the years were rescues, it was her desire that in lieu of flowers, those who wish may contribute in her memory to an animal rescue or humane society of their choice, to help those creatures who cannot help themselves.  At her request Barbara was an organ donor, and would encourage those who knew her to be organ donors as well.  Those wishing to communicate with Barbara’s sons may do so at the following phone numbers:  Doug:  208-449-3059 and Tod:  417-372-3178.

Arrangements under the direction of Robertson-Drago Funeral Home. 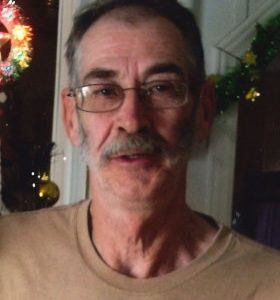 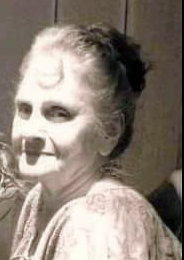 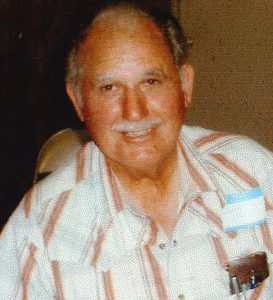