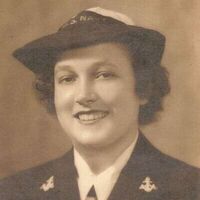 She was united in marriage to Kenneth W. Schreiber in December 1943.  The couple was married almost 51 years before Kenneth’s death in 1994.

Alice honorably served in the U.S. Navy during World War II.  As Kenneth was also in military service, the couple spent several years in Japan after the war, and later also in Germany.  Alice enjoyed sharing many stories about her time in the Navy, her travels, and growing up with eight siblings.

Graveside services will be held at 10:00 a.m. Friday, December 18, 2020, in Howell Memorial Park Cemetery, Pomona, Missouri with Pastor Jerry Heath officiating under the direction of Yarber Mortuary, Willow Springs, Missouri. Memorial Contributions may be made to the Wounded Warrior Project. Condolences may be expressed at www.yarbermortuary.com.