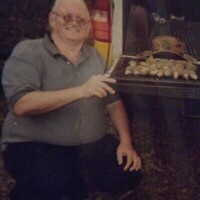 Jerry received his education as an Electrical Engineer from the United Electrical Institute in Franklin, IN.

When he was young he loved riding motorcycles and horses. In his later years, he learned to love music and was playing bass guitar with his friends in bluegrass bands. Jerry was interested in in history and especially the Civil War. He was passionate about caring for the sick. Jerry was industrious and hard working. Anyone that knew Jerry, knew that he was a good conversationalist. Jerry was a Christian and attended Ava General Baptist Church.

He was preceded in death by his parents, and brother, Larry Shepherd. Jerry is survived by his son George Shepherd of Springfield, MO, one granddaughter, Alycia Shepherd, his sister, Dr. Paula Sheedy, his companion Ulla Farrow of many years, other relatives and many friends.

In Lieu of flowers, the family respectfully requests that love offering be made to the family to help pay for funeral expense.