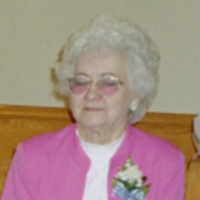 She was united in marriage to Gene H. Richardson on December 25, 1949, in Birch Tree, Missouri, and to this union, two children were born.

Wanita is preceded in death by her parents; her husband, Gene Richardson; and one infant brother, Donald Preston.

She is survived by her son, Ronald Richardson, and wife Jeannie of Koshkonong, MO; daughter, Susan Richardson of West Plains, MO; three grandchildren; and three great-grandchildren.

Wanita accepted Christ at an early age. She married a minister and loved serving in many ways in their ministry.  This love of serving has extended on to her children and grandchildren who are all now active in the ministry as well.

Wanita was a member of Daughters of the American Revolution in the Eldon, Missouri Chapter, where she lived for almost thirty years. She had lots of different talents from many of life’s journeys, including photography and sewing. She was also an accomplished musician and played the piano.

She will be deeply missed by all who knew and loved her.

Graveside services will be held at 11:00 a.m. Thursday, December 17, 2020, in Oak Forest Cemetery, Birch Tree, Missouri with Rev. Ron Richardson officiating under the direction of Yarber Mortuary, Birch Tree, Missouri. Memorials may be made to The Gideons International. Condolences may be expressed at www.yarbermortuary.com.